Skepticism. No word has gained a worse reputation in a short amount of time. The expression started a long time ago, with good prospects, high hopes. Greece, I think. Yet there it is now, sinking like a stone...

What it truly means to feel skeptical as "in doubt" of people or ideas I think every person alive knows. It is an intrinsic part of being human to have the feeling, that something is wrong, "off", a certain fact, an idea, maybe even a generally considered truth. Similar to a sense of foreboding - when you think something bad is about to happen - it can be quite overwhelming.

That's why I'd like to define skepticism as a state of feeling, not being, because unlike the philosophical movement, it is not a product of thorough thought or opinion formation - no, feeling skeptical is typically what happens before that process starts, maybe even the foundation for it. Theoretically, you could remain in skepticism mode for a longer time period, but people usually don't. Same as with feelings of premonition, it is a state of mind that passes once the occasion, the trigger for it is gone.

A world pandemic is a substantial occasion for skepticism, because not only does the virus target our lives, the safety measures to contain it challenge our ways of living. And the truly agonizing part is, that we can't escape the situation, and the complete control it exerts on all of us.

Some say these feelings of lacking control are justified, others say, they are excessive, and a small price to pay for all our physical health. Whatever your position on it may be, the fact is, that at the moment, many people feel confined, trapped, and that feeling is real and needs to be taken seriously.

Confinement usually starts when someone's personal freedom is in some way limited, controlled, watched over, even a public topic of discussion. "How to sneeze" is a new etiquette, same as not showing one's nose and mouth in confined spaces. "Not be too many" is a hard rule to follow, maybe the hardest. I think, this may be the one linked to skepticism the most.

I have a suspicion, that at its core, skepticism is a direct result of feeling confined. Societal normalcies like being close to each other, hugging or talking to someone while seeing their face are tumbling right now. People are afraid to stand too close, thus, we as a people, feel separated from our own tribe. But the tribe is our history, our existence, our everything. It has always been the solution, not the problem. It has been the most basic human need ever since we stepped out of the mud and decided to live on dry land. So, feeling skeptical, when our world is turned upside down, is a completely understandable reaction.

It may take crazy turns once we decide to "side" with Covidtruthers, ProCovidmeasurists or anyone, who, motivated by a feeling of skepticism, is loud and opinionated. These are not tribes we can rely on, but a mere "signaled" affiliation to some people we feel close to in our shared anxiety. And we feel the need to attach to someone, something, during this crisis. So what can we do?

I don't know. We need to try and get through it, somehow, and let the feeling run its course. Usually, what happens after skepticism is opinion formation. Let it be based on facts not fear. Don't let fear overrun your thoughts. This may sound simplistic, but you just tell your fears to shut up for a minute. "Shut up fears, while I check these facts." These fears will be much quieter, once you've collected your information.

Let me just say this: we belong to one tribe, all of us, even the loud obnoxious ones, who seem to be on the opposite side of what you feel is right. Don't let anyone or anything drive a wedge between you and someone else. We all share the same anxieties, we are all afraid. We all want to survive this, and there are no two sides to beating this virus. Let's just agree that separation is not the answer, neither to the virus, nor to the feelings we have concerning this matter.

And speaking of an enemy image: this virus is more than enough, so we really don't need any fights amongst ourselves. Let's just try and kick its ass instead.

Love in the Time of Corona


It has been way too long since I did this. Way waaay too long. With the constant stream of everyday life, I haven't been listening to my muse..but now...corona! Doesn't it sound like a pretty royal excuse to not leave the house and do something all by our lonesome?

All joking aside, the fears and dangers of corona have been largely discussed and mused about these past few weeks and I don't plan on doing a special on healthcare here, on this blog. What I'm more interested in is how to spend this newfound time we have on our hands - due to being housebound. To stay put can be a scary command for those of us who are used to busying themselves socially, in large groups of people.

I imagine, it can be quite awkward silently reading a book. Or staring at a wall, thinking, if you're not used to doing something like that. Philosophers supposedly do that all day, but these are a rare breed of people with really special needs. You may not see the immediate appeal, but I think being quarantined can be an awesome experience; it all depends on your expectations. And as a couch potato queen, procrastinative genius, lazy-boned blob myself, I promise you, if you just let it happen, you will have a blast. 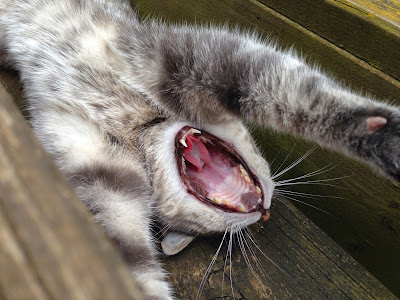 There are no rules for procrastination in times of corona, except maybe to not let panic mode destroy your precious time of being in the moment. So I would not recommend on doing corona-related research on the internet. Mortality rates, nah. Stay up to date, yes, but pandemic crises reports? Only when directed by Roland Emmerich!

I have several ideas on how to spend the next few weeks. Gardening is high on my list, it would have been anyway, because it is the type of outdoors solitude I enjoy with the advantage of not having to sneeze into my crooks. I plan on reading even more, but that of course means I have to park my two kids, currently home bound with me, somewhere, where they, in turn can procrastinate all by themselves.

Shut up, you, I'm raising a new generation here!

I want to finally immerse myself in The Witcher 3, I want to watch the new season of Better Call Saul, I want to do some more illustrations, do nothing at all, paint a cabinet, declutter my kitchen. This time I will have, it's not all me running wild. I imagine it is much like life in a monastery. Solitude, a nice herbal gardening project, and lots of walking around in my robe, turning inwards for reflections and stuff.

Well, the reality will be, that I'll probably have to do a lot more kids stuff than I planned on, and I have a sneaking suspicion that solitude, when prescribed, will throw me into a reactant spiral of "You can't tell me what to do!" unrest. So maybe I'll start a rave or something, just to be a bit subversive. Other than that: greener pastures, my friends.

What are all of you going to do? Will you befriend yourself all anew? Will you practice being alone with your thoughts? That doesn't mean being asocial, you know. It just means that you, for a certain time in your life, are enough and content being around you. It's good. You're close family. Being you is one of the best things you have in your life. So, take care. Have a ball, you.
Posted by DasNuk at 3/15/2020 No comments:

I'm in the business of arriving.

We bought a house and moved into our new place of residency two weeks ago. My boxes arrived before me, they came in a large truck while I drove up to the house with my kids and a couple of suitcases. It's good that we're all here now, finally. I know I'm supposed to be dancing. But in terms of being here, finding myself at this new place, I'm still on my way. It's a funny thing, when you leave behind an area that's trusted, well-known roads and short cuts and a house that is so familiar, you know every noise you're about to hear when someone from your family moves through adjacent rooms. 10 years is a long time. New house, new town, and it doesn't sound or smell familiar. It will someday, but it takes a lot of time. I think I need spring, yes, maybe that would be a great time to arrive, to meet everyone and shake a couple of hands. Right now I feel like I'm at the airport, waiting for my luggage to arrive. Everything's in boxes and I don't know where anything is. And my kids keep saying they want to go home. I can't argue with that. Home is a state of mind I haven't gotten around to just yet. I tell them and myself, that this is our home now. The other house is empty, another family will move in there shortly. We are here. They then nod, as though they'd understand, but I know that they don't. How can this be, their glances ask. The large truck came, it took all our belongings and it brought them here, I tell them. How can this be, I ask myself. And it's hurting a little to think that someone else will be living where we lived, invading our space. Yes, we moved. Yes, I am still moving. 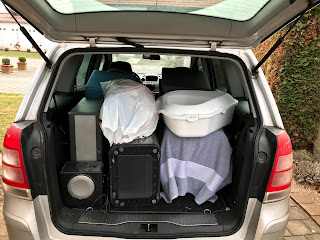 Rants, as in angry tirade. Reviews, as in "see again", Revelations as in Ta-da, I just found something out.

I am a writer with a loaded pen and this is a blog about the long and painful journey to becoming a bestselling idiot. I am ready to do this!

There's only one little problem: I don't know anything about writing a book, let alone a bestselling earthquake. But there's no shame in trying out other tiny snippets as well.

My fantasy novel on Amazon 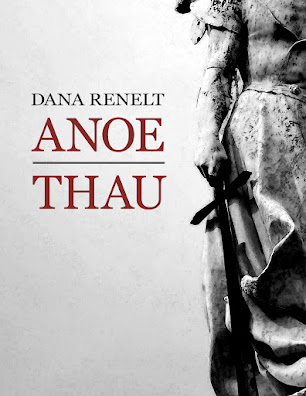 A place for writing and meeting authors

Pick of the Day

A R I Z O N A · People Crying Every Night